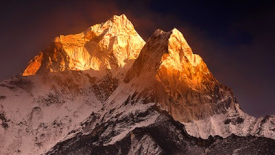 In this week’s column, I would like to catch up on some of the questions addressed by Msgr. Charles Pope in Our Sunday Visitor.

Answer:  Jesus is speaking to a particular situation, and we ought not generalize what he says here.  The ignorance he refers to is that they do not know or understand his true identity.  Do they really know that they were killing their Lord and Messiah?  Likely not.  While it is true that the Lord gave many proofs of his identity by fulfilling Scripture and working miracles, along with the testimony of John the Baptist and the Father’s testimony in their heart, many of his accusers and condemners still did not understand or come to faith.

Many considered Jesus a blasphemer and felt quite justified in their condemnation.  Now this does not mean that they are without any sin at all, and as Jesus said earlier, “If you do not come to believe that I AM, you will die in your sins” (John 8:24).

Hence, while those who killed him may be acting in some ignorance at the moment of the crucifixion, the Lord is still calling them to receive strong faith and come out of their woeful ignorance.  Ignorance and its relationship to culpability speaks to what a person could reasonably know and understand given their history, the condition of their heart and so forth.

Question dated October 28, 2012:  I am aware that when we say in the Apostles Creed, Jesus descended into hell, we do not mean the hell of the damned, but merely the place of the dead.  But do we have any idea what that place was like?
Also, were the justified and condemned in that place together?

Answer:  You are correct in your distinction between the hell of the damned and the “hell” that refers to the place where all the dead were until the Messiah came.  It is an unfortunate fact, that in English, “hell” is used to refer to both places.  But the Jewish people clearly distinguished between Sheol, where all who had died were detained, and the hell of the damned, which Jesus often called Gehenna.  As for what Sheol was like, we are left to a great deal of conjecture.  Scripture describes it as a place of darkness, as the pit (Job 17:13-16).

The state of the deceased there is described as a place of utter inactivity.  The souls there would seem to be in a sleeplike, semi-comatose state.  No one there is able to thank the Lord, or praise him (Isaiah 38:18), there is no work, no thought, no knowledge, no wisdom expressed (Ezekiel 9:10).  It is a place from which no one emerges and is sometimes conceived as a fortress (Isaiah 38:10).  It would seem that both the just and the wicked went there before the coming of Christ, though some are said to go down there “in peace” (1 Kings 2:6; etc.) and some go down there “in sorrow” (Genesis 37:35; etc.).

Further, in this sort of suspended state, there does not seem to be any mention of punishment of the wicked, or reward of the just.  Rather, it would seem that all waited until the Lord, who alone can deliver from Sheol, would come (1 Samuel 2:6).  Mysteriously, God is present to those there (Psalm 139:8) but how the dead might experience that presence is not described.

It is to this place that the Lord descended.  As Scripture implies, he awoke the dead (Ephesians 5:14) and preached to these “souls in prison” (1 Peter 3:19-20).  And while we have no complete biblical description of what took place, we can reasonably speculate that some among them, in particular the just, rejoiced in him and accepted him, while others rejected him even in death, and from there descended to the hell of the damned.

Question dated April 26, 2015:  I am 87 and have prayed the Lord’s Prayer all my life.  I was surprised to notice in certain forms among non-Catholics they say “forgive us our debts,” where we say “forgive us our trespasses.”  What does it mean to have debts forgiven and for us to forgive our debtors?

Answer:  There is no essential difference at work.  Rather, “debts” is an older English translation that has fallen away in favor of “trespasses.”  Both are references to sin.  The Greek word in question is “opheilemata,” which most literally refers to having debts.

But debts are not understood as financial here.  Rather, we have incurred a debt of sin.  St. Jerome, who translated the most widely used Latin translation (the Vulgate) used the Latin word “debitoribus,” which most naturally came into English as “debts.”  Later, because of the tendency of “debt” to refer more exclusively to financial matters, the term “trespasses” became  a more common translation in English.  However, “trespasses” has its problems, too, since, it tends to now mean being on someone’s property illegally.

Currently, there are those who want to simply say, “forgive us our sins as we forgive those who sin against us.”  But this loses some of what the original Greek, and likely the Lord, conveyed.  For what is said here is not merely that we sinned (in some abstract sense) but that we have incurred an enormous debt, and that we have strayed into places we have no business being.  Indeed, our debt is huge.  The Lord is summoning us to forgive one another as we have been forgiven speaks of a man who owed 10,000 talents (an almost unimaginable amount).
But that man is us. So sin is not an abstraction; it is a very heavy debt we cannot pay on our own.  This is what the Greek work “opheilemata” (debts) is conveying.