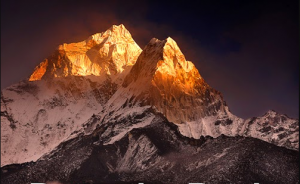 On this weekend of honoring the Body and Blood of Jesus Christ, I would like to share a couple of questions which I have kept in my bulletin folder. The first one comes once again from Msgr. Charles Pope found in the July 31, 2016 edition of Our Sunday Visitor on page 15.
Question: The true presence of Christ in the Eucharist is central to our Catholic faith, and many converts say it is essential to their conversion. If this is so, why is the true presence not mentioned at all in the Nicene or Apostles Creeds? Should it not be added at the end where we state things like our belief in the Communion of Saints, the resurrection of the body and so forth?
Answer: There are many things that are not mentioned in the Nicene Creed. There is no mention of grace or the Ten Commandments; neither are we told what books belong to the New Testament or that we should care for the poor, etc. The creed is not a catechism; it is a statement of certain key doctrines that were disputed at the time of its composition in the fourth century. The creed was composed in response to debates about the divinity of Jesus Christ and the doctrine of the Holy Trinity. While there are a few concluding statements related to ecclesiology and eschatology, the Nicene Creed remains preeminently a statement of faith in the one God: Father, Son, and Holy Spirit.
The belief in the true presence of Jesus Christ in the Eucharist was not widely disputed at the time. And to the degree it was, the need to definitively teach on the divinity of Christ was an important foundation in order to establish his true presence in the Eucharist. In the Sacred Liturgy, many signs and words indicate Real Presence. The words of the consecration, which are Jesus’ own words, say, “This is my body…my blood.” The priest later says, “Behold the Lamb of God who takes away the sins of the world.” There are also signs of the Real Presence in our reverence of kneeling and genuflecting. And, as Communion is distributed, there is the simple creedal declaration and response: “The body of Christ. Amen.” Therefore, in the wider liturgy of the Mass and devotions such as adoration, the Church proclaims her belief in the True Presence. While it would not intrinsically hurt to add to the Nicene Creed, one might wonder where it would stop. Further, since the creed is shared by the Catholic and Orthodox Churches, adding to the ancient creed might harm attempts at unity. Pope Paul VI wrote a longer “Credo (meaning “I believe”) of the People of God” which does speak of the Eucharistic presence, but it is too long to recite at Mass.
From the same article, here is a second question.
Question: The time allotted to recalling our sins at Mass doesn’t appear to do justice to the requirement that we confess our sins that our offering may be pure. How can we confess what we barely have time to recall?
Answer: The purpose of the penitential rite at the beginning of Mass is not that there be a lengthy moment to make a robust examination of conscience. The people are invited to “acknowledge” their sins. The vision is that we are before God acknowledging in a general way that we are sinners in need of his mercy. And while particular sins may come to mind, it is our status as sinners coming before God with humility that is emphasized.
Switching to a different article, I would like to pose this question because I am asked it on a regular basis. Taken from The Catholic Moment dated October 26, 2014, page 15, the question is, “I have long wondered why the priest mixes water with the wine at the offertory of the Mass. I have done some research and learned that this was the practice as early as the second century, but I don’t understand why it is done.
Answer: When the priest at the offertory of the Mass pours a drop of water into the chalice filled with wine, it symbolizes the commingling of the divinity of Jesus with our humanity. When doing so, the priest says to himself: “By the mystery of this water and wine may we come to share in the divinity of Christ who humbled himself to share in our humanity.” This symbolic gesture can be found in the earliest rituals of the Eucharist, and St. Cyprian speaks of it in the middle of the third century: “When the water is mingled in the cup with wine, the people are made one with Christ.”
St. Thomas Aquinas in “Summa Theologiae” mentions a second symbolism: the water and the blood that flowed together from the side of Christ during his passion. St. Thomas also notes the “probability” that Jesus instituted the Eucharist at the Last Supper with wine tempered with water, since that mixture was a common practice among Jews and in Mediterranean cultures of the time.
With certain questions answered, let us celebrate the very gift of Jesus himself. Blessed Corpus Christi!